Learning Languages Online through Film: What’s on at MIFF 68½ 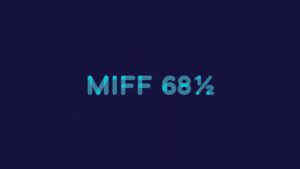 Learning Languages Online through Film: What’s on at MIFF 68½

For Melbourne cinephiles and many of our fellow students at the East Melbourne Language Centre, MIFF is the film festival event of the year: people plan their August around those must-see movies, some even taking leave from work to ensure that they can get into as many matinee screenings of obscure Uzbek documentaries as possible. They are also an excellent chance for language learners to challenge themselves outside of their language course, with movies produced in countries across the globe.

When the coronavirus crisis hit it looked as though MIFF 2020, like so many other festivals, would have to cancel completely, but the festival quickly rallied and announced MIFF 68½: a purely online streaming festival with the tagline “Stay Home, See the World”.

How Does It Work?

Viewers set up a MIFF account which enables them to buy tickets to movies and to stream them any time between 7 August and 23 August. Some films (the Opening Night, Closing Night, and feature films) have shorter viewing windows to ensure that the whole audience tunes in at once, turning them into “viewing events”.

The prices are cheap for a movie in a cinema, but a little steep for online content; stalwart MIFF fans will be happy to pay a bit more to support the festival. For those of us that need to watch our spending at the moment, the festival’s extensive collection of short films is available for free, as are three feature-length films (The Giverny Document, Dingo and Hyenas).

There’s a lot of opportunities to improve your German language comprehension outside of your language classes, with a fairly decent offering of German-language films this year. The mood of the German films is largely tense – Sandra Wollner’s The Trouble With Being Born is a confronting exploration of morality and artificial intelligence; racist microagressions and paranoia pervade Exile and documentary Songs of Oppression is a understated examination of childhood trauma.

Our pick for most promising is 2020 Berlinale Teddy Award winner No Hard Feelings, a “sensuous queer love story and a scintillating snapshot of life for LGBTQIA+ migrant youth in the West”. 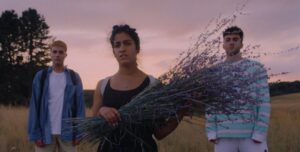 There are slim pickings for those learning Arabic on offer, with one short, 3 Logical Exits, and one feature film, Mayor, a darkly comic documentary depicting a Palestinian politician struggling with both petty bureaucracy and major geopolitical conflict. 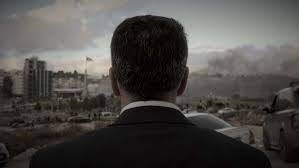 Incredibly, there are no Italian-language films showing at MIFF this year. You’ll have to stick with your Italian classes, or maybe check what’s available on SBS On Demand!

If you want to learn Frenchf you can challenge yourself with a range of films from French-speaking countries all over the world, although the offering is mostly short films and documentaries. The sole feature-length drama is Kuessipan, the story of two Innu women in northern Quebec negotiating their identities and their friendship. For something a bit different try Marona’s Fantastic Tale, the beautifully animated story of a dog’s life, or Prayer for a Lost Mitten, a documentary on the lost-and-found department of the Montreal Metro.

Those learning Spanish might develop a very particular vocabulary this year, with the Spanish-language films showing this year heavy on thrillers and crime. Closing Night film Ema is the standout for us  – described as a “dance-drama” and starring Gael García Bernal (need we say more), it tells the story of a couple falling apart after their relationship with their adopted son goes awry.

Three feature-length Russian films, two documentaries and one drama, are available to Russian learners. Documentary State Funeral uses archival footage to recreate in incredible detail the memorialisation of Josef Stalin, while Welcome to Chechnya is an exposé of the persecution of LGBTQIA+ Chechans. Drama DAU. Natasha is the tense, violent story of Natasha, a canteen worker in a Socviet-era nuclear research facility who embarks on an affair with a foreign scientist. The file comes out of the fascinating DAU installation project, in which director Ilya Khrzhanovsky built an immense replica of a Soviet research town, populated thousands of actors who improvised life and work there for two years. The project has resulted in 12 films so far – DAU. Natasha is the first of these to be shown in commercial cinema.